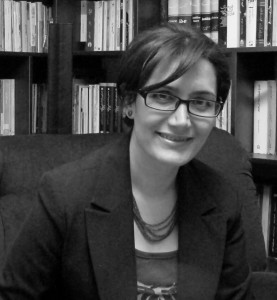 Born in 1980 in Mashhad, Elli Dehnavi is a writer, editor, and literary translator who also does academic research on Middle Eastern cinema and literature. She studied English Literature, and started writing stories and translating works of fiction and critical theory in her early twenties. She is the author of Burnt Papers (Kaqazhaye Sookhteh), a collection of short stories that was published in 2011 in Tehran. She was the editor of Inquire: Journal of Comparative Literature for two issues, one on Literature and Identity, and the other on the Literature, Culture, and Cinema of Afghanistan, Iran, and Turkey. At the moment, she is preparing a second collection of short stories. Parsagon asked her about her favourite works of literature and cinema by women.

Parsagon: What are the top seven works in World Literature and Cinema by women that you have read in the past couple of years?

Dehnavi: Well, I can definitely tell you about the works I admire, the ones that have stayed with me. I would like to focus on contemporary works of fiction and non-fiction if it’s fine with you.

Parsagon: What are the top seven works by Iranian women writers or filmmakers that you admire?

Dehnavi: My favourite list is much longer but here is a small selection.

A published translator, holds an MA in English literature and is currently a PhD candidate in Comparative Literature at the University of Alberta, Edmonton.