Summer 2018 witnessed the death of some of the best Iranologists across the world.

On 6th August 2018, Dr Leonard Lewisohn passed away at age 65. He was an American author, translator and lecturer at the University of Exeter in the area of Islamic Studies and Sufi literature. He studied Persian literature and Iranian religion and history at the Pahlavi University, Shiraz, and wrote a PhD thesis at the School of Oriental and African Studies in London on the Divan of Maghribi (Newsflash). Lewisohn was also the editor of the annual Mawlana Rumi Review. He has published tens of books on Sufism, Attar, Hafez, and Jalal al-Din Rumi.

Professor Ehsan Yarshater, a towering figure in the field of Iranology also passed away this summer, on 1st September, 2018 at age 98. A Hamadan-born historian, linguist and Iranologist, Yarshater is best remembered with his ambitious project Encyclopædia Iranica. Yarshater was a pioneer of Iranian studies at the U.S. among his Iranian peers who also edited the 16-volume History of Persian Literature and was granted notable awards such as a UNESCO award (1959) and he Giorgio Levi Della Vida Medal for Achievement in Islamic Studies from UCLA (1991). 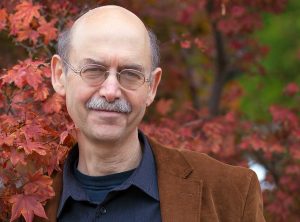 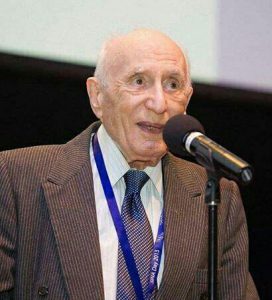 A few days after the demise of Professor Ehsan Yarshater (aged 98), Dr Gilbert Lazard, eminent French linguist and Iranologist passed away (also aged 98). His works include the study of various Iranian languages, translations of classical Persian poetry, and research on linguistic typology, notably on morphosyntactic alignment.

Dr Heshmat Moayyad was another influential scholar who passed away on June 25 at the age of 90. Moayyed was the founder of the Persian program at University of Chicago and had been teaching Persian literature, especially the Sufi tradition of poetry for about four decades. In an obituary written on the death of his ‘mentor’, Dr Franklin Lewis, Associate Professor of Persian Language and Literature at the University of Chicago, praised him for his “abiding interest in mysticism, in works that showed us about daily life in pre-modern Iran, in the classic Romances …, in works of humor, and everyday letters, not to mention in modern fiction.”

Iranian studies still suffers from the Orientalist Effect, and only a particular portion of contemporary Iranian fiction had a way into the Western academia. Let up hope that the younger generation of Western scholars also embrace Persian literature of the present along with their passion for the past.