December 26 is a jolly occasion for most people of the world for the birth of Jesus Christ. Not for the majority of Iranians, not after December 2003. Ten years later Iran still mourn for the loss of about 26.000 people during the Bam Earthquake, that took place at 1:56 a.m. who were suddenly, innocently buried under piles of brick and clay while they were asleep.

The 2003 Bam earthquake was a major earthquake that struck Bam and the surrounding province of Kerman on December 26, 2003. The most widely accepted estimate for the magnitude of the earthquake is 6.6 Mw 6.6. The earthquake was particularly destructive, with the death toll amounting to 26,271 people and injuring an additional 30,000. The effects of the earthquake were exacerbated by the use of mud brick as the standard construction medium.

Day 26, 2003  brought about a great cultural loss as the mud-brick Bam Citadel, the largest adobe-building in the world, was also destructed during the quake. 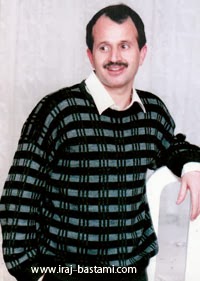 The death of Iraj Bastami, great Persian classical musician and vocalist, in the Bam Quake of that year in his paternal house was another shock for the fans of Persian music.

Iraj was born in 1957 in Bam to an artist family every one of which had mastery over a musical instrument. His first teacher was his father when he was five years old.

Gradually young Iraj improved his musical skills under the instructions of his uncle Yadollah Bastami and then as a pupil of Hossein Salari and Mohammadreza Shajarian. Unaffected by the social unrest of the 1970s and the consequent years of war, Iraj kept on working on classical music with Master Meshkatian.

At age 40, Iraj Bastami was a towerign figure in the music of Iran with about 11 records published within 14 years. Late Iraj held free music classes for the talented yet poor students until the Bam earthquake made an end to his In memory of late Iraj Bastami, listen to his best-known work ‘Wild Mint Flowers’: