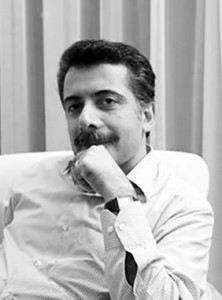 Born in 1973 in Rasht, Behnam Naseh is a published writer, editor, and journalist. His debut novel Irandokht was the praiseworthy winner of the 16th IRI Book of the Season.

Naseh also runs an online Persian petit magazine, Mandegar, whose 130th issue has just been released. Five years ago, Naseh founded his Mandegar Debut Novel Contest, which awards each year round the top three finalists an honorary note and the novel’s publication – a safe start for novice writers.

In a note specifically written for The Parsagon Review, Naseh elaborates on seven works of Contemporary Persian Literature that he finds worthy of translation to other languages.

I recommend the novel because of the strong story, classic and cohesive structure, sociopolitical themes and a good blend with Iranian culture

An attractive story with proportionate suspence, and strong characterization

An innovative short story collection some of which hold universal literary values – an audacious writer with linguistic disengagement that make him an outstanding literary figure.

A collection of stories with a poetic perspective and polished language

The novel accounts a significant decade of history in the lives of ordinary people: the vissisitudes of a revolutionary society in the 1980’s portrayed without prevalent dogmas, meanwhile with an astute precision in storytelling.

Debut novel by a novice young writer that won the Mandegar Literary Award. Her audaciousness doubled by truthfulness has resulted in a superb narrative that in some aspects could be comparable to Salinger’s Catcher in the Rye.