Today is the birthday anniversary of the acclaimed Iranian poet Ahmad Shamlou (born December 12, 1925), the Godfather of contemporary Persian poetry and almost the best-known contemporary poet in English and other languages. Although a great poet with noteworthy linguistic innovations in the poetic structure, what made Shamlou a towering figure in the Persian arena of several decades is – to the consensus of critics – his omnipresence in almost all leftist magazines of the time, literary places, his massive translation of poetry from French and English to Persian, introduction of great figures of the West in a time that no internet facilities were available, establishment of groundbreaking periodicals, and finally influential research in the field of Iranian folklore that is still remained unrivaled.
On the occasion of Shamlou’s 88th birthday, a documentary was screened yesterday (Dec. 11) at Hall No. 1 of Cinema Sepideh of Tehran. “Flight in the Circle of Presence”, also attending the 7th Cinema Verite Int’l Festival of Iran, is consisted of eminent figures’ words on Ahmad Shamlou, including his wife Aida, Mahmoud Dowlatabadi, Simin Behbahani, Masoud Kimiayi, Javad Mojabi, Ali-Ashraf Darvishian, Iran Darrudi, Mohammad-Reza Aslani, Ali Rafi’ei, Mohammad Shams-Langeroudi, Hafez Mousavi and Mohammad Yaghoubi. 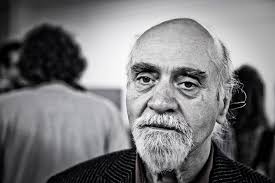 December 12 is also marked by the birthday of a sharp-tongued Iranian critic, the most unloved by writers he wrote on, and the most praised by his students: Reza Baraheni.
Born on December 12, 1935 in Tabriz, Baraheni received a PhD degree in English Literature from a Turkish university and embarked on writing criticisms on Persian works of the time upon his return to Iran. He also translated into Persian works by Shakespeare, Kundera, Mandelstan, Andric and Fanon and penned a number of works of fiction and nonfiction which brought him awards such as the Scholars-at-Risk-Program Award of the University of Toronto and Massey College.

Shamlou and Baraheni not only share the same birthday, but also share the consequences of infinite fame and feud by society. Both are attacked for misleading a large number of Iranian youth by their groundbreaking ideas. Shamlou is accused of spoiling the poetic taste of three generations of poets after him and diverging the path of Persian poetry from what Nima had though about. Read Dr Kadkani’s views on Shamlou, for an example. Baraheni was also attacked for charlatanry and creation of criticisms that are rather assaults to the writer and far from a standard criticism.

But no surprise! That is what infinite fame brings for the literary stars, and only time can tell what will remain as touchstone, and what should be carried away to oblivion…