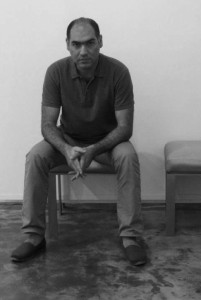 Renowned painter, illustrator and sculptor Morteza Zahedi was born in 1978 in Rasht, Iran. Zahedi graduated in painting in 1995 and ever since then has held a number of solo exhibitions in different countries including Japan. Many of his illustrated children’s books have been published in over five languages such as English, Japanese, Italian, and Portuguese. Thrice winner of the Bologna Award, Zahedi has grabbed best-known children’s illustration awards from Italy’s Bologna and Tetrio to South Korean CJ Picture Book Festival, the IBBY, Prtugal’s Brreiro and Belgrade Golden Pen.

Morteza Zahedi tells us of the literary sources of his visual inspiration:

TPR: What place do works of fiction hold in your career?

Zahedi: Literature has always been supplementary to my work – in my professional life, which is to a large extent dependent on text, as well as in my personal life.

TPR: Which books of world literature have had the deepest impact on your life?

Zahedi: Well, as I have already mentioned, I am drawn to poetry and story more than any other media. For instance, as I read Marquez’s One Hundred Years of Solitude, Milan Kundera’s Immortality or José Saramago’s Blindness I sensed I had touched the kind of literature that would affect both my mind and my soul.

TPR: Could you name the top seven works which have shaped your childhood, inspired your career or formed your visual characters?

Zahedi: Indeed the love of books and reading shaped my teen years and deepened little by little. Therefore, if I am to name seven books, they would not be restricted to my childhood experience:

TPR: Regarding your experience at world festivals of children’s picture books, could you also recommend children’s books worth translating to other languages?

TPR: And no Iranian work in your top list?

Zahedi: No. Unfortunately I believe that 95 percent of Iranian works for children and young adults lack the quality that is required for presentation to the globe, because they are either mostly ideological, purposed and denotative in their treatment of the audience and often devoid of elements of fantasy, entertainment, pedagogy and literature, or are repetitive and cliche. Basically our children’s literature is itself a young and childish genre as it does not know its audiences.